Fiberspark is an Internet service provider that offers the fastest and most reliable broadband Internet in Ithaca. Fiberspark’s fiber optic Internet allows you to seamlessly experience web browsing, 4K HD video streaming, and online gaming without worrying about your connection slowing down, even in the evenings when everyone is online. 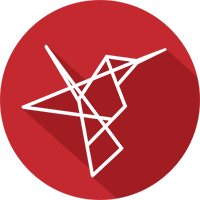 The telecommunications industry in the United States has been increasingly consolidating as DSL internet has failed to keep up, leaving the cable monopoly as the only option for high speed internet for the majority of Americans. The proposed merger announced in February 2014 between Time Warner Cable and Comcast has highlighted this threat and renewed calls for more competition among Internet service providers to curb ever-rising prices and promote network upgrades for better service. These cable giants often provide slower speeds than what you actually pay for, can’t be bothered to offer decent customer service, and abuse their position as gatekeepers between you and online content to degrade services like Netflix that compete with their cable TV business.

Access to reliable and fast Internet is critical to our lives and you deserve better options. You now have the opportunity to reclaim the Internet by signing up for Fiberspark.

Based on our network design, we have created different zones throughout Ithaca. Before we begin construction in your area we need to first measure demand for Fiberspark’s service. If you live in Ithaca, your address is part of a zone which you will see when you sign up at the link below. Once each zone has reached a critical mass of backers we will build our infrastructure to you. You can also keep track of your zone’s progress and compare it to other zones over the next few weeks.